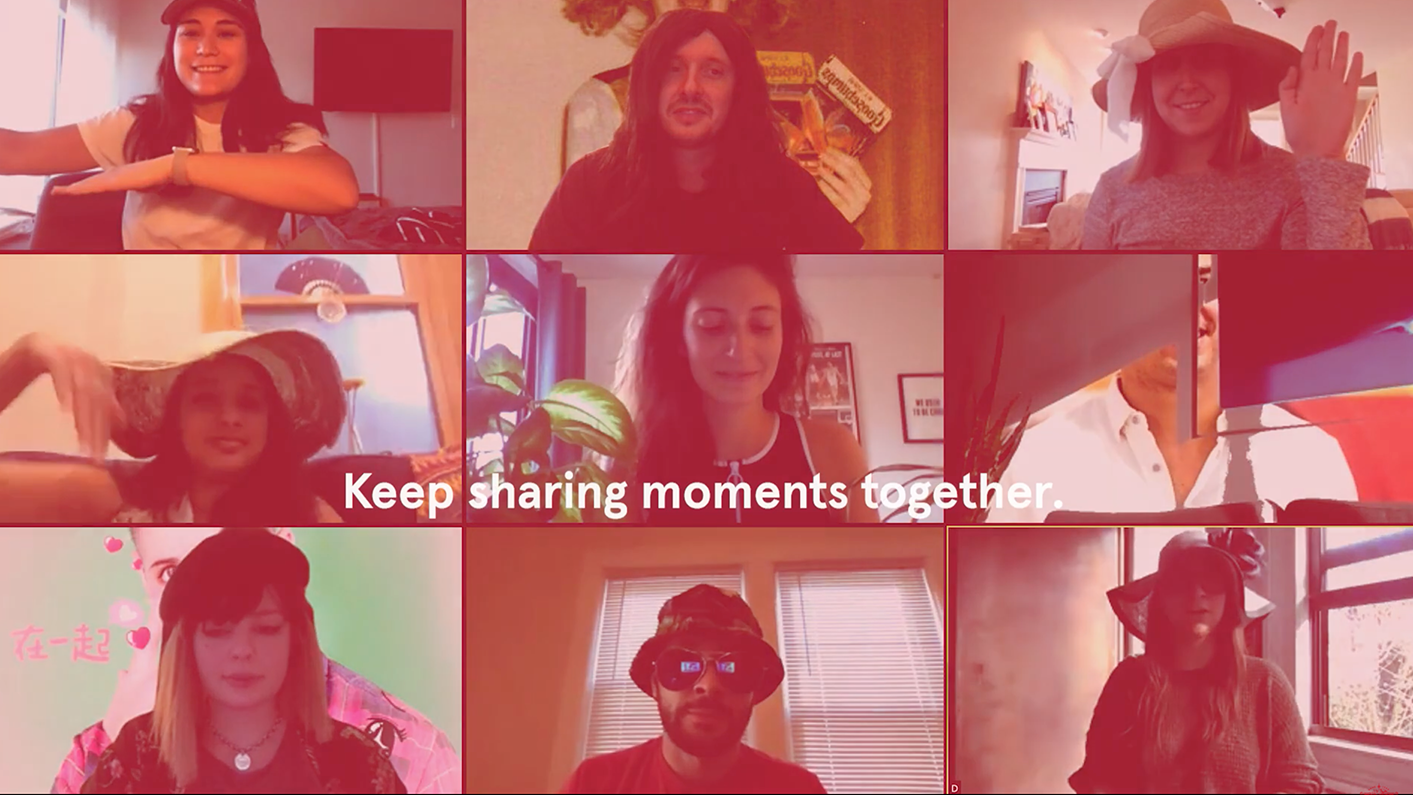 In an earlier post, we looked at the impact of the Coronavirus lockdown on the TV advertising business. In a nutshell, audiences are up and airtime costs are down, so it’s definitely a buyer’s market right now. Meanwhile, it’s been fascinating to see how quickly TV advertising creative has been adapted to reflect the ‘new normal’ whilst, arguably, trying to exploit it, too.

One of the quickest brands off the mark with new creative was supermarket giant Tesco, with their PSA-style ‘Safer Shopping’ message. Aired for the first time just four days after the Prime Minister announced the lockdown, this ad was created over a lightning quick two-day period, using self-shot footage. It’s simple, clear and full of friendly faces. A good use of the already-committed airtime budget!

First aired a week earlier was the UK government’s TV campaign, a simple green-screen shoot, a message delivered straight to camera by the calm and authoritative Prof. Chris Whitty. The choice of Mark Strong, known for his portrayal of gravel-voiced villains, was perhaps a slightly odd one, but the advert did the job of clearly communicating the official advice. It just happened to become outdated, a few days later.

Over in the USA, the official advice took on a somewhat jaunty tone, with the CDC and US Ad Council using upbeat music and simple graphics to get their ‘Protect Yourself’ message across. Not a bad effort, but an interesting contrast to the quiet, serious style of the UK’s official advert.

Apparently, we decided en masse that the best thing to do during a global pandemic would be to… (re)watch Steven Soderbergh’s relentlessly realistic film on the subject, Contagion. This prompted the film’s writer, Scott Z. Burns, to pen some new PSAs for the cast to record. This was a smart way to speak to the film’s reactivated audience, and no doubt connected with some in a way in which more official guidance may have struggled to.

Faced with an almost-instant, fundamental shift in how consumers engage with their products and services, big brands were forced to decide how aggressively to market themselves during ‘these times.’

Fast food chains have done pretty well, overall. Domino’s in Australia produced this simple animation which explained their new contactless delivery procedure. With restrained copy — “When you choose to have Domino’s delivered…” — and a clear explanation of their service, viewers are reassured that they can trust Domino’s.

Meanwhile, in the USA Burger King went to air with ‘Stay Home of the Whopper’ which took a… different approach. Mixing copy & music reminiscent of a wartime propaganda film, the ad is slick and memorable, and explains that eating Whoppers is 1) still an option and 2) will support nurses. Major points lost though, as the #StayHome message is rather undercut by them having built sets, crewed-up and filmed this advert whilst we’re all supposed to be remaining socially distant!

Tesco may have self-shot their advert in a manner which aped a typical production, but of course many other advertisers have harvested user generated content like there’s no tomorrow (there will be, don’t worry!) and leaned heavily into the Zoom call and/or vertical video aesthetic. Stella Artois struck the appropriate tone with their ‘Digital Cheers’ campaign, using a scenario which is both new and yet already familiar to most of us to drop their name into the conversation. A winner, this one.

When it comes to exploiting user-generated content though, there remain three undisputed kings. To give them credit from a marketing perspective, they all kept focused on their key proposition — in turn, information, creativity and connection — but how you feel about each ad may well depend on how you feel about each brand. Certainly, none of the adverts gave any indication as to how each company was using its gargantuan reach and resources to help.

Google’s ‘Thank You Healthcare Workers’ took the safest road, keeping the focus on the newly-anointed superheroes and a simple message to stay home and use Google to find out how to stay safe. It’s… fine.

Apple’s ‘Creativity Goes On’ mixes footage of inventive plebs like us painting and making music and whatnot, with celebrities’ own efforts at lockdown creativity. See how John Krasinski uses reams of paper to raise his MacBook to just the right height for recording his new online show? He’s just like you or I! To be fair, it’s a decent if overlong ad, and does reflect what many of us are doing at home. In fact, I’m sat in my home office, typing on my MacBook right now….

Which left it to Facebook to lay the goose egg with ‘We’re never lost if we can find each other.’

Opening with (presumably) stock shots of empty streets and public buildings, selected passages from Kate Tempest’s ‘People’s Faces’ underscore a bizarre mishmash of what are meant to be uplifting images (again, presumably) with what are definitely the opposite. People wearing gas masks in their own home, pop-up hospitals and knackered medical staff are intercut smiling babies and grandmothers. One back-to-back edit pairs a shot of two people hugging in the street with another of a mask-wearing patient pressing her hands up against the glass, her barrier to human connection.

Perhaps the most astonishing element though is the misuse of music (poetry and music, in this instance). “Was that a pivotal historical moment We just went stumbling past?” no doubt seemed like a clever inclusion, but slapped onto a video at the end of March when curves were by no means flattening smacks of a desperation to label an unfolding crisis as historical record, too soon. Similarly, “Feeling like …we’re going to buckle underneath the trouble Like any minute now The struggle’s going to finish us” is an oddly grim position to take in the early days of a crisis which we all expect to be living with for some time to come.

The inclusion of “So come a little closer Give me something to grasp” isn’t just tone-deaf, it’s also in direct opposition to the message the ad is supposed to convey: we can’t be together in person, so connect through Facebook. They manage to score the open goal by the end, pairing “I love people’s faces” with footage of users smiling hopefully. Coming after 90 seconds of muddled messaging though, it leaves the viewer all too aware that ultimately, all that Facebook has to sell to us is ourselves.